Story #2: The remarkable people and NGOs

Everyday, we complain about the indifference of people towards social issues. I do too. But the Princeton Housing Foreclosure Breakout Trip was really eye-opening and reassuring, for I was shown how many people still care so much about others, and when they do care, they do extraordinary jobs to help alleviate the problems that society creates. 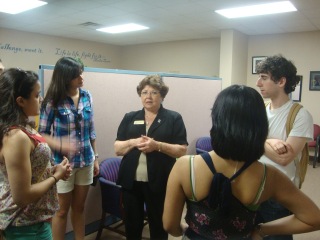 1. I no longer remember the name of this woman, but she was one of the people who left me a really strong impression during the trip. She was director of a Human Service NGO, which was part of United Way. Starting as a teacher and through years of experience, she understands perfectly the basic human needs and always tries to give unfortunate people their necessity. And I really trust her as a altruistic person, because I could see her eyes become red and watery when she starts to speak about the poor living situation for many people in the local area.

Her proud achievement is remarkable: the number of people her NGO served over the past three years have more than tripled, to over 30,000 people in 2011. Fortunately, this increase is not because the situation is getting worse and more people need help. Rather, it is because she enabled the organization to expand its operation, offer more services, create more outreach programs and become popular among the poor. Every Monday, Wednesday, Friday, her NGO will serve a food pantry to low-income people, with thousands of pounds of food donated. 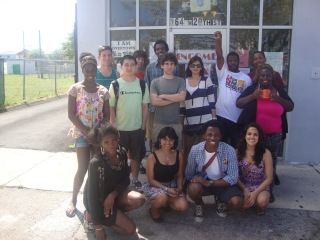 2. PowerUCenter is a grassroots organization whose work significantly supported racial and economic justice in the Overtown City in Miami-Dade county. To be honest, 2 days working with PowerU was not long enough for me to feel the significance of their work. However, I was surprised by their hospitality, their passion to preserve the historic hometown of black people and their strong sense of community and relationship to the surrounding area. I was in the car with the leaders of the organization, and I could observe people on the street waving at them like long-time friends.

Overtown city is a very complicated city, with its history dates back to the early 1900s. Nowadays, the majority of the population is still Black American; yet the place that was once the attractive part of Miami has now been deserted, left underdeveloped (compared to other parts of Miami where skyscrapers and beaches attract more touristic attention). This city is also notorious for crime, especially drug dealing. That’s why I think PowerU is really vital to the city’s development, in which everyone has to be united to get their voices heard. 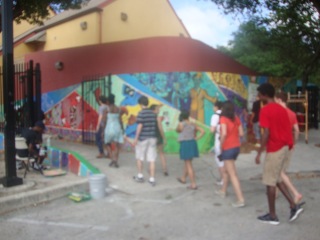 At Miami Workers Center, they do all sorts of thing; but the one that we collaborated on was a campaign to provide legal services to those whose houses were foreclosed. For three days (2-3 hours each day), we went outside to the communities in the Liberty city, where a big part of population is Cuban (Little Havana) and Haitian (Little Haiti) and other Latinos immigrants. That was my first time hearing about the word “canvassing”, which basically means to knock door to door to try to advertise for the campaign. So we have a list of houses in the community that was under foreclosure, and we tried to speak to them and get them to come to our free legal services, with lawyers that are willing to help them for free.

I especially enjoyed the canvassing. Knocking on people’s door can be nerve-wrecking (I’m serious). Somehow watching a lot of American movies haunts me with the idea that if you knock on someone’s door, the owner may as well appear with a gun in his hand and start to shoot you. Obviously it was not that extreme; but it won’t be unusual if people slam door at my face. Besides from that, there’s certainly a joy to canvassing: I got to listen to the life stories of those who are open to sharing. I encountered a woman who didn’t even know the apartment she was renting was under foreclosure notice when we came. She was very concerned, and immediately asked us how she could handle the case. I encountered another homeowner who spent literally 20 minutes telling us how she was cheated by the mortgage lenders. People are surprisingly hospitable, as I said, and very open, even to strangers like us. After we left, that same woman ran outside to catch up with us just to give us a new bottle of hand-sanitizer, saying “This is for you guys. Probably gonna shake a lot of hands in your work”. 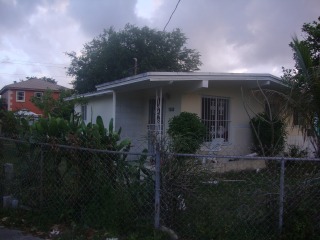 The most memorable canvassing was at an almost abandoned house. Everything looks messy, as if its owners don’t feel the need to clean up anymore. They are moving out anyways; again, I don’t know where they will go/ or where they can go. I called in front of the gate, and a Haitian woman walked out. She looked tired, and seemed irritated when we mentioned the word “foreclosed”. At that time, there was a really cute dog running towards me from inside the house. I played with the dogs while my friend was trying to convince her to come to the organization to seek for help. When the Haitian woman realized I really liked the dog, she asked “You like it? I will give it to you”. I gently denied, because Princeton obviously won’t allow dog in the dorm, even though I really want to take the dog.

The day after, we happened to pass by that house again. We met the husband of the Haitian woman and had a conversation with him. The dog ran out again, now already ran outside the fence. I played with it some more, and the man offered me the exact same thing: “You like the dog? I can give it to you”. At that time, I seem to understand what’s going on. Obviously these people really want to give the dog away; they can’t keep it anymore. Being foreclosed, and probably not knowing where to go, keeping a dog is another burden to take care of to this couple. Sadly, I denied again. This time, when we walked away, the dog kept running after us, as if it wanted to come along. The old man called the dog back to let us go freely. The dog stood in the middle of two parties, looked from side to side before deciding to run back to its old owner.

Again, this is one of the sad things that happen when the economy malfunctions. Dog is also a victim.